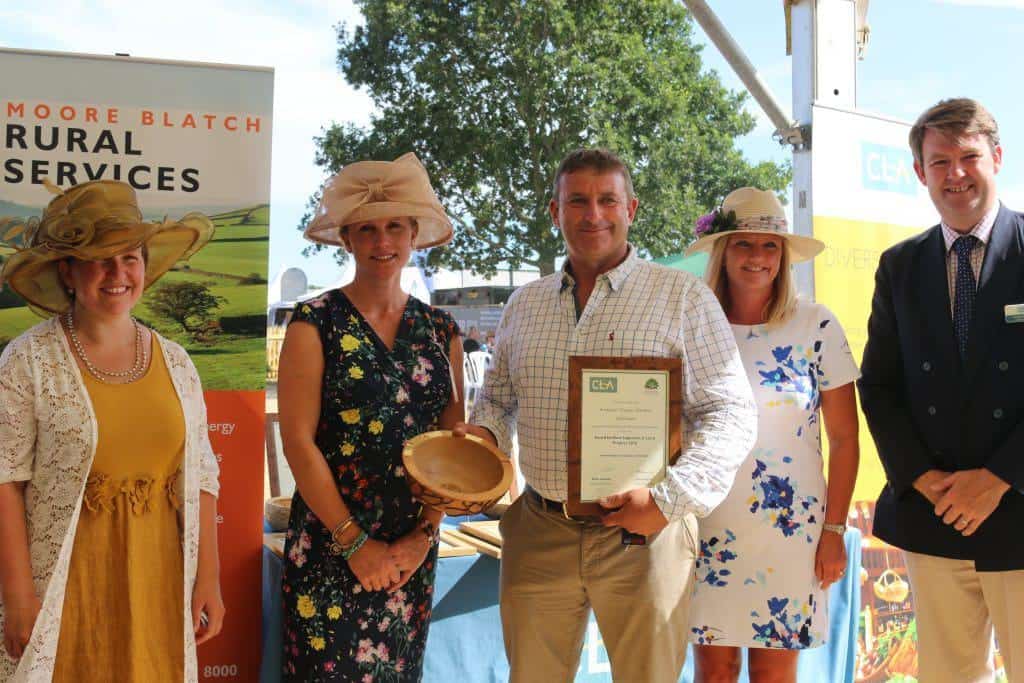 CLA South East, which represents landowners, farmers and rural businesses across the Forest, Hampshire and beyond, and the New Forest National Park Authority will crown the winners at an awards ceremony and drinks reception at the New Forest and Hampshire County Show on 31 July.

Nominations are now open for the seventh annual awards, which are supported by Moore Blatch and the New Forest Agricultural Show Society.

There will be a new category for 2019, the Young Environmentalist award open to those aged 25 and under, as well as returning categories Best Supporter of Local Produce, Sustainability Champion, Rural Diversification, Young Farmer/Commoner of the Year (aged 40 and under) and Land Management.

The new category is in recognition of the 70th anniversary of National Parks, which is being marked nationwide through the Year of Green Action, a 12-month drive to get more people from all backgrounds involved in projects to improve and reconnect with the natural world.

Individuals, businesses and organisations can nominate themselves or be nominated by others, but must be living, working or practicing within the awards scheme boundary. Nominations close on May 24, with application forms available on the New Forest National Park Authority website at www.newforestnpa.gov.uk/newforestawards.

CLA South East Regional Director Robin Edwards said: ‘Last year’s winners emphatically highlighted the hugely important role played by farmers and other rural businesses in managing the landscape and helping our communities prosper in the New Forest and across Hampshire.

‘We’re delighted that the awards are returning this year to honour even more rural success stories, and we look forward to crowning the winners at the show in July.’

New Forest National Park Authority Chief Executive Alison Barnes said: ‘This is the seventh year we have joined forces with the CLA to run these awards, which have recognised so many special people at the heart of the living, working Forest.

‘Whenever I meet the winners of these awards their passion for the Forest and securing it for future generations always shines through, in fact this dedication is crucial in securing a living, working Forest for the future.

‘If you know somebody who goes above and beyond to benefit the National Park please do take the opportunity to reward them with an award nomination.’