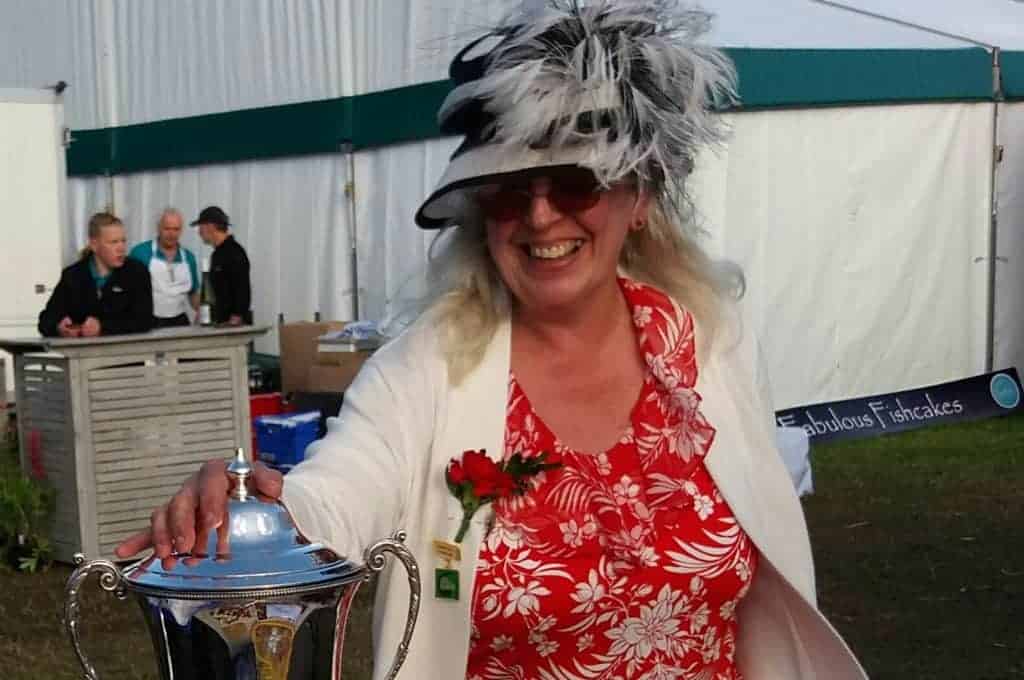 In the New Forest Show’s own trade stand awards there was further success for Marque Members.

The Maldwin Drummond Cup for Best Farming/Horticultural or Forestry Stand 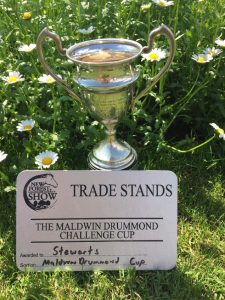 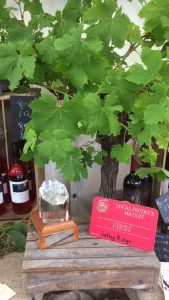 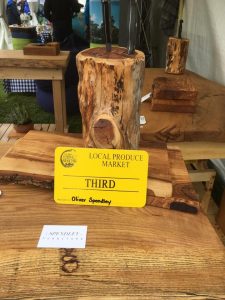 At the end of the Show the Presidents Cup is awarded to the area judged to be the Best in the Show.  After many years of trying Sarah Hunt from Tatchbury Manor Farm was moved to tears when she proudly collected the Trophy for the Local Produce Market.  She was very pleased and thanked all those who had helped to achieve this recognition especially Setley Ridge who had provided the planted displays as well as producing a stunning stand for themselves.