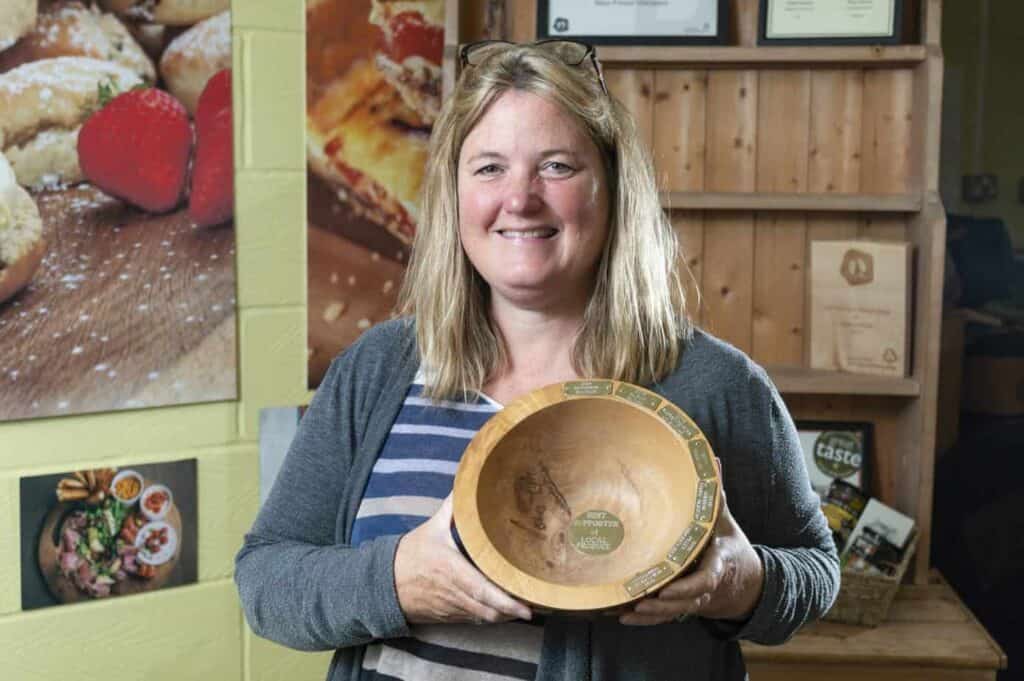 The New Forest National Park Authority and the CLA have announced the winners of their 2020 New Forest Awards.

Now in their eighth year, the awards celebrate the wonderful people who help sustain the New Forest’s environment and rural economy, ensuring it thrives and is fit for the future.

Throughout the challenges of Covid-19, they have continued to work hard to protect the Forest and keep it a living, working landscape.

Winners are usually presented with their awards at the New Forest and Hampshire County Show but as it couldn’t take place this year, they were announced at the New Forest NPA’s virtual Authority Meeting on Thursday 15 October. The video of the awards can be viewed at www.youtube.com/newforestnpa.

The winners of the 2020 awards, supported by Moore Barlow, were:

Peter Fogarty won the Young Farmer/Commoner award due to his commitment and compassion for the New Forest. He works hard on the Cadland Estate in a number of areas including tractor work, fencing and cattle. He’s a regular helper in the pound on drifts, branding and rounding up ponies, and is keen to get involved and help other commoners old and new. Peter recently saved a man’s life who’d been in a car accident outside his house, and despite being born hard of hearing, has never let his disability get in the way.

This year’s Best Supporter of Local Produce was The New Forest Hamper Company which received many nominations from customers and local food producers/suppliers alike. Supporting local produce is the essence of what the New Forest Hamper Company does backed up by the slogan ‘Every Purchase Supports A Local Producer’ on all materials. Since launching in December 2017, Adie Callaghan and husband Jason Plevey have increased from eight local suppliers to over 35, with around a third of these being fellow New Forest Marque members. Christmas 2019 saw over 1,200 hampers packed representing +364% growth year on year. Since COVID-19 hit, they’ve packed hundreds of hampers for customers ordering from across the UK and overseas.

Kathy Sirl won Sustainability Champion for the second year running. In 2017 she set up the Naked Pantry in New Milton which sells a range of food, skin care and household products to help reduce the amount of single-use plastic used in the National Park. Since then she’s opened Naked Quench, a zero-waste coffee shop in adjoining premises. The judges felt her approach to business goes way above and beyond normal sustainability practices, including community outreach and inspiring other businesses.

Founded in 2019, the Young Environmental Champion award celebrates the achievements of young people under 25 who are working to help protect the National Park and its wildlife. This year, it went to 12-year-old Daisy Scott from Keyhaven whose aim is to become a fully-trained and qualified bird ringer, licensed with the British Trust for Ornithology. Since starting in last year, Daisy has ringed more than 350 birds – including warblers, sparrowhalks and nightjars. Most of her training takes place in the New Forest and along our coast.

New Forest National Park Authority Chief Executive Alison Barnes said: ‘It’s a real pleasure to be teaming up with the CLA again to recognise the local people who are helping to safeguard our National Park.’

‘A living, working Forest relies on the hard work and dedication of so many great people and our awards recognise those who are ensuring the Forest continues to thrive and is fit for the future, through their work in areas such as commoning, sustainable practices, and supporting local produce. These fantastic winners are essential in building the strong team needed to keep the New Forest special, particularly in light of the challenges of the pandemic and of the climate and nature emergencies. Never has there been a more important time to recognise them; they give us hope for the future.’

Michael Valenzia, Regional Director of CLA South East which represents farmers, landowners and rural businesses across the New Forest, Hampshire and beyond, said: ‘A hearty congratulations to all of our very deserving winners. The Forest really is a unique and special place, and the people who live and work here are as equally impressive as the natural environment.

‘We’re pleased we were still able to run the awards this year despite the unusual circumstances we find ourselves in. The quality of nominations received was high, and I would like to thank everyone who took the time to apply, as well as our sponsors Moore Barlow.’

This year’s Highly Commended were: