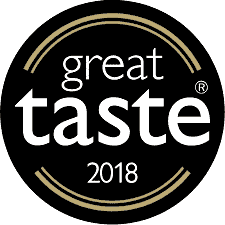 Congratulations to our members who won in the Great Taste Awards 2018.

The Appetite Kitchen were awarded 1 star for their Oriental Asian Ginger Salad Dressing and Aromatic Tomato & Chilli Relish and The Farmers Butcher got 1 star for their Unsmoked Dry Cured Back Bacon.

This year’s awards attracted a record 12,634 entries, with only 3,658 achieving an award so this is a great achievement for our local producers.

Great Taste, organised by the Guild of Fine Food, is widely acknowledged as the most respected food accreditation scheme for artisan and speciality food producers. It has been described as the ‘Oscars’ of the food world.

In 2018 over 500 judges, including food critics, chefs, restaurateurs, cooks, producers and a host of food writers, journalists and social media influencers, came together from all corners of the food world to blind-taste each product.