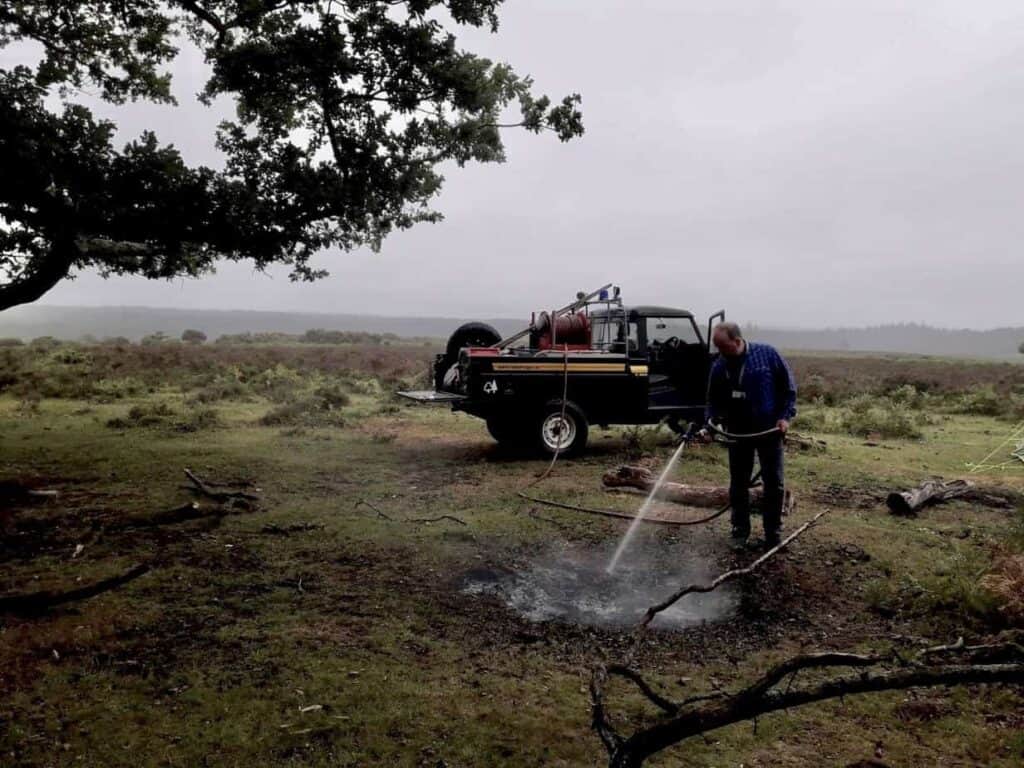 Over 50 retailers have removed disposable barbecues from sale in a bid to protect the New Forest National Park from being destroyed by fire.

More than half the National Park is internationally protected because of its rare wildlife yet large numbers of disposable barbecues have been used while the Forest is at high risk of fire.

Five weeks ago the New Forest National Park Authority’s joint campaign with Forestry England and Hampshire Fire and Rescue Service called on retailers across the Forest to remove disposable barbecues from sale, and for a continued ban on fires and barbecues in the open countryside of the National Park.

Forest organisations including the National Park Authority, Forestry England, Hampshire County Council, New Forest District Council and the National Trust have been working tirelessly with the emergency services to educate the public about the dangers of disposable barbecues and fires, and to protect the Forest and coast.

‘With the fire warning still in place and hot weather due this weekend and next week, it is vital we continue to urge retailers to join in the campaign to keep the Forest safe this summer.

‘Our woods and lowland heathland are of global environmental importance for wildlife and their peaty soils store carbon and help reduce climate change. Wildfires at this time of year would cause immense damage to the ground and the rare flora and fauna. We must protect them from unintentional fires caused by carelessness.’

Alan Bartlett, proprietor at Streets Ironmongers in Brockenhurst, who helped kickstart this campaign said: ‘We’re really pleased that so many retailers have taken the campaign on board, but we really need to urge the general public to take this cause more seriously having witnessed at the weekend wild camping with campfires being started in the wooded areas of the forest. It has resulted in an enormous effort required by the Keepers to constantly monitor the situation.’

Bruce Rothnie, New Forest Deputy Surveyor, Forestry England said: ‘We would like to thank everyone in the local community who is helping to keep the New Forest safe and reduce the risk of wildfires. Our team is working around the clock to patrol and inform the public of the high risk of fire and the devastating effect it could have on this precious place. Fires of any kind remain banned in the New Forest and we urge anyone planning on enjoying time here to respect and support this.’

The National Park Authority says it still needs people’s help to make the whole of the National Park BBQ free. They are asking people to ask their local store to stop selling disposable BBQs and to display a campaign poster available to download online. Retailers can be added to the list of those supporting the campaign by emailing communications@newforestnpa.gov.uk.

For full information and a list of all stores supporting the campaign visit www.newforestnpa.gov.uk/BBQFreeNewForest which include New Forest Marque members:

← Planning to visit? Please plan ahead and respect and care for the New ForestHelp support local New Forest Marque businesses with the Eat Out to Help Out Scheme →