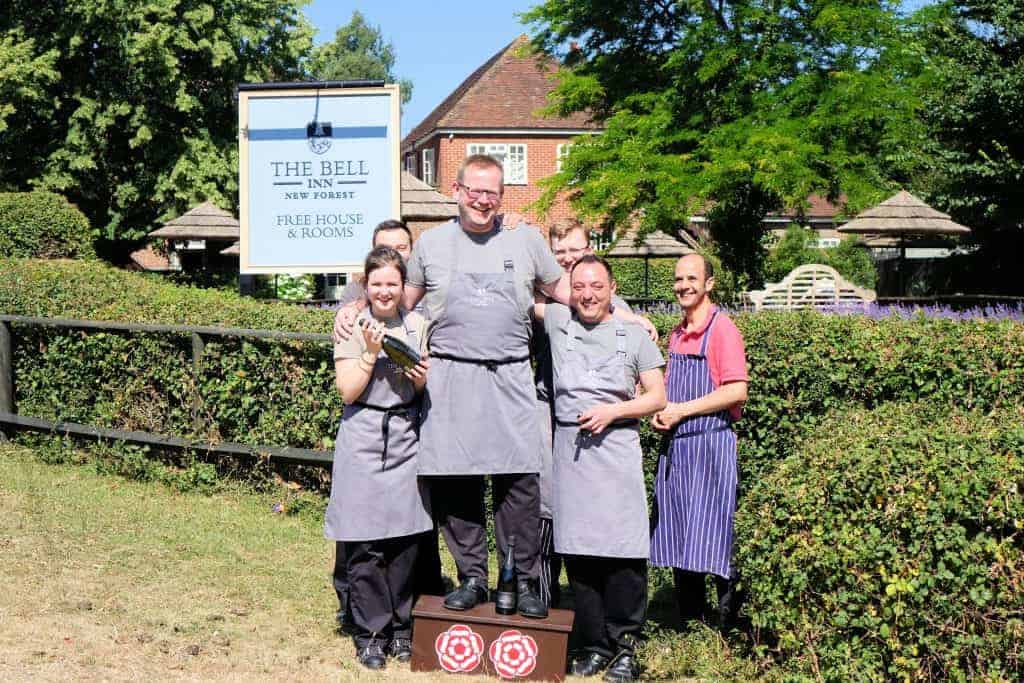 The Bell Inn – New Forest is delighted to announce they have been awarded two AA rosettes for their culinary excellence, joining a prestigious roster of restaurants as one of the best places to eat in the New Forest.

The decision comes following a recent inspection from the AA. Their long-established scheme recognises successful cooking at different levels across the UK. Rosettes are awarded based on one or more visits by an AA inspector to a hotel or restaurant consistently achieving high standards, where greater precision, attention to detail and the selection of quality ingredients is apparent in the cooking. Only 40% of restaurants within the AA restaurant guide will have two rosettes and, The Bell Inn is one of only seven restaurants in the New Forest area to have been awarded two rosettes.

Head Chef, Mark Young, working at the Inn since July 2017, has formed a great bond with the kitchen team encouraging creativity and consistency in delivering their exciting, seasonally changing menus.

Speaking of their recognition, Head Chef, Mark Young, said “The team and I are absolutely thrilled to receive such prestigious recognition. The whole kitchen brigade has worked really hard and I’m hugely proud not only for the award, but also for those who dine with us and leave happy and contented, having had a great evening.

Also commenting on the award, owner, Robert Crosthwaite Eyre said “This is a terrific achievement for the team and one of which I’m extremely proud. A significant amount of hard work goes into achieving this and their hard work and diligence has paid off. It’s a well-deserved accolade, demonstrating what a foodie destination we’ve become”.