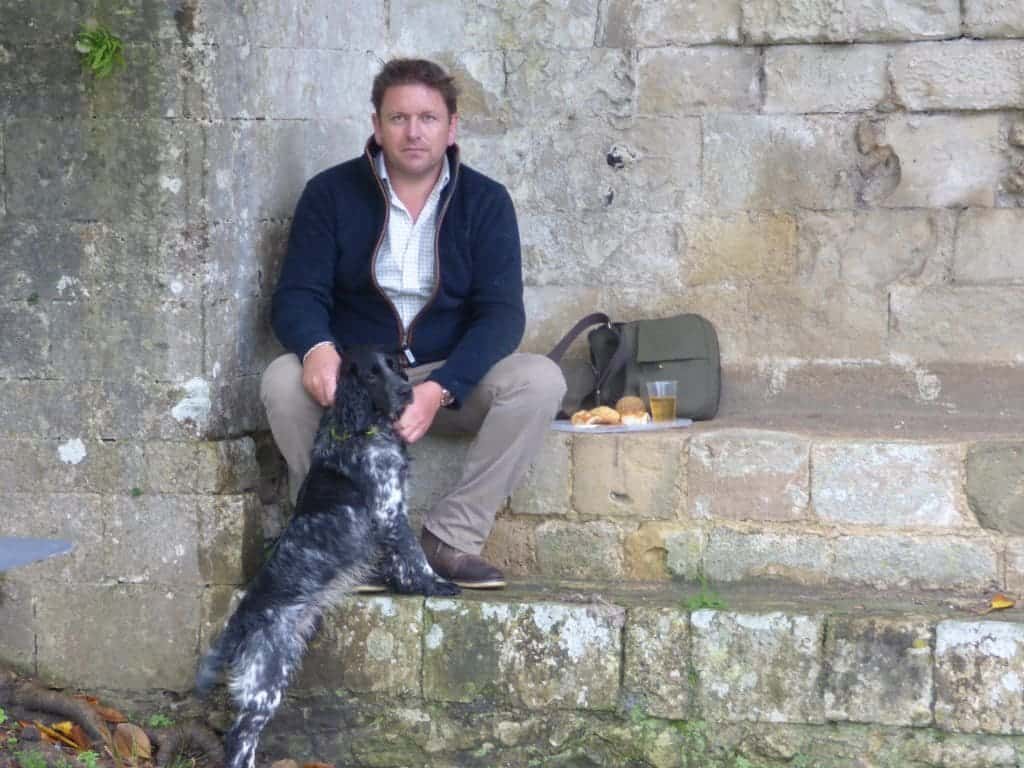 Last summer Walking Picnics were asked by a production company for Channel 4 to provide a picnic for James Martin for the filming of an episode of Walks with My Dog.

The weather on the day of filming was dreadful so the plans for a lovely picnic table set in the grounds of Beaulieu Abbey were scuppered by the rain. Instead James, and his gorgeous spaniel Cooper, sheltered in a stone alcove in the abbey ruins to film the “picnic” sequence. 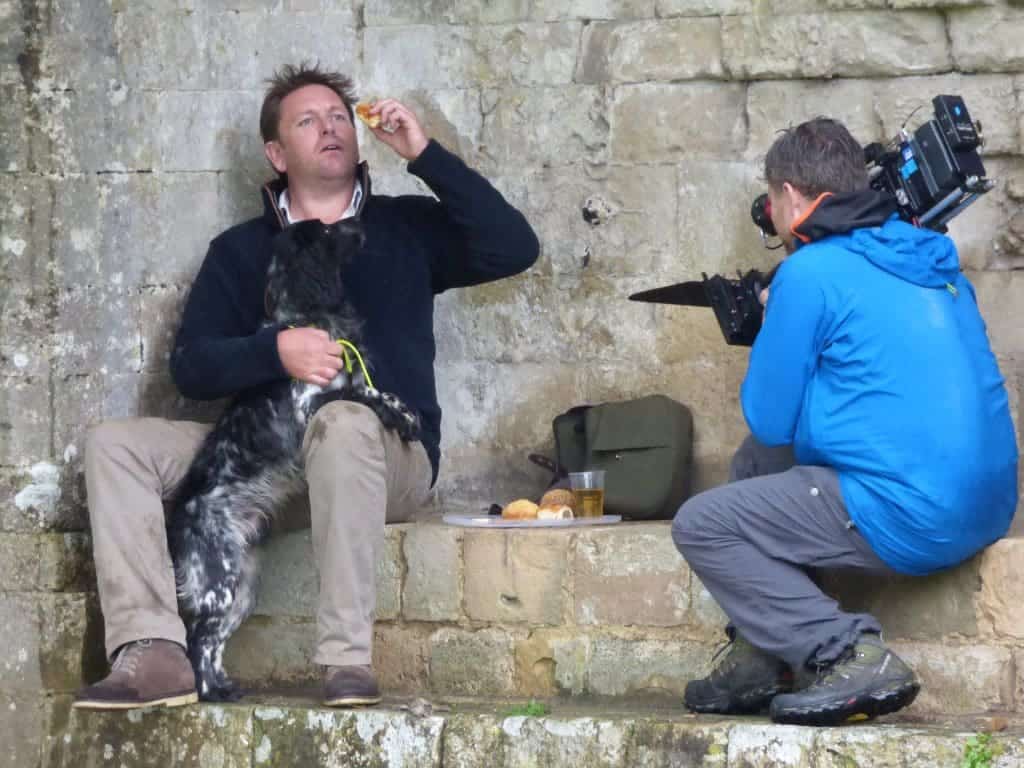 In the final edit the scene lasted no more than a minute or so but James did have a Walking Picnic sausage roll and commented “proper sausage rolls” on camera!

“That’s going on our future PR I think! says Christine, from  Walking Picnics 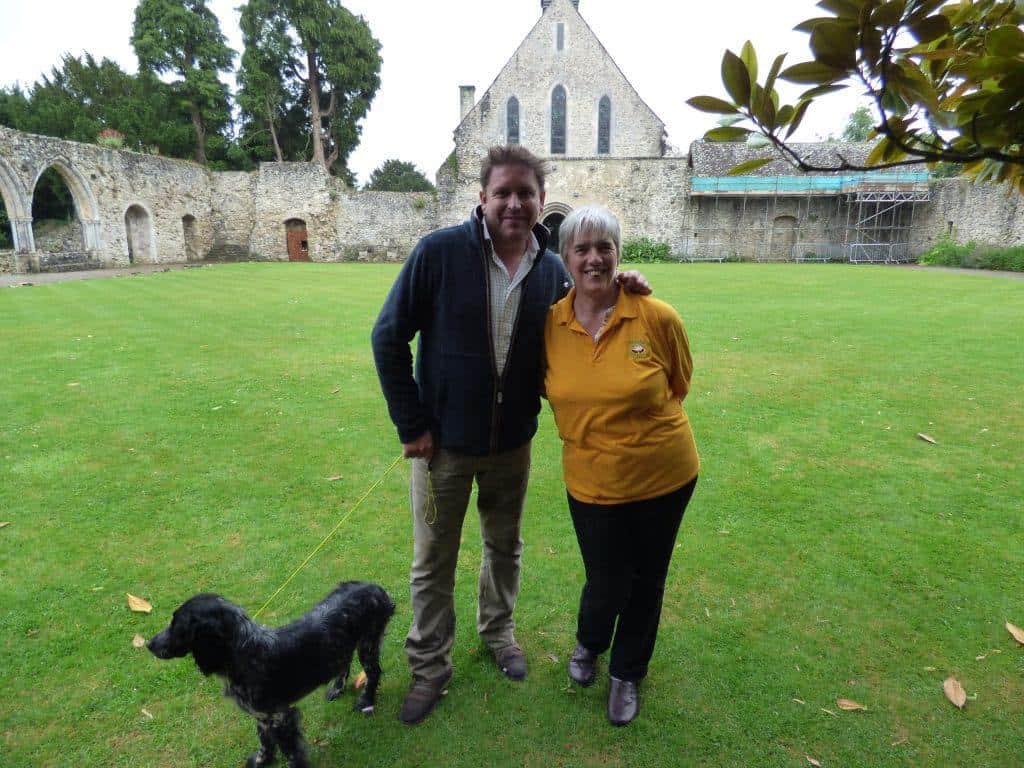 Cooper enjoyed another NF Marque producers goodies, a box of treats from Paws Deli. His verdict wasn’t recorded but he preferred their doggy treat to the sausage roll!